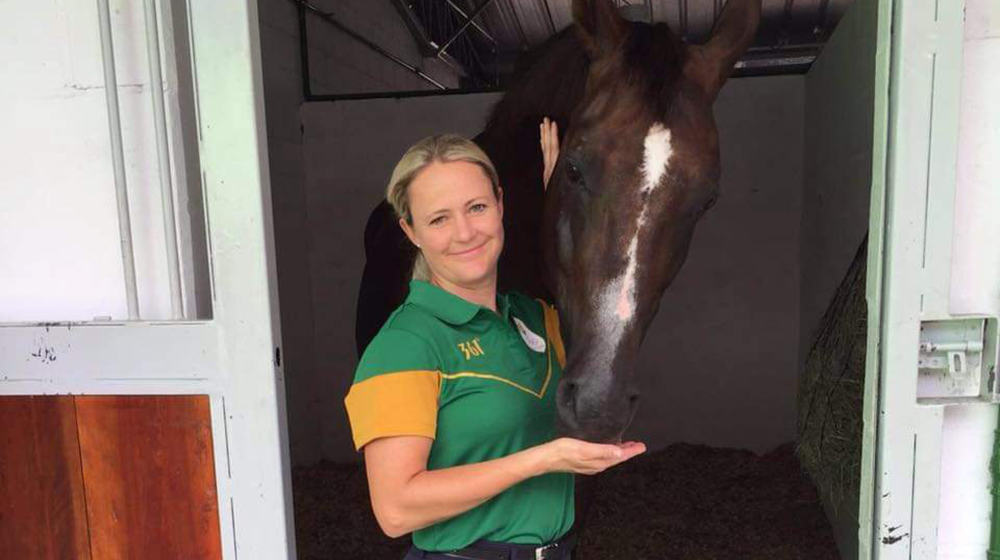 Tanya Seymour’s horse, Ramoneur, has been diagnosed with equine laminitis - a common, extremely painful and recurrent condition in horses, ponies and donkeys. It affects the tissues bonding the hoof wall to the pedal bone in the hoof.

With great sorrow for Team South Africa at the Olympic Games, Tanya Seymour has pulled out of the Games after her horse suffered this debilitating case of laminitis. This painful swelling and inflammation of the hoof can cause the pedal bone to sink or rotate within the hoof under the weight of the horse.

As Ramoneur is ruled out, Seymour is also out of the Tokyo Olympics. The 37-year-old has had the 19-year-old horse for 12 years and is devastated they won’t be able to represent South Africa at the Olympic Games.

Something seemed to be off

“When he arrived he was doing so well. During training, he was looking fresh and feeling great. He had travelled well. When I got on him yesterday, I could sense there was something amiss. He was holding his front feet a bit, and it felt a little odd.”

After checking Ramoneur at the vet and farrier, initially they believed he might have had a stone bruise. However, the worst came afterwards as his condition worsened and was sent for X-rays and subsequently the condition was found on the horse. He was diagnosed with laminitis and little could be done for the horse to recover in time to compete.

What is laminitis and how is it treated?

Equine laminitis, also referred to as termed founder, is the inflammation of the laminae of the foot - the soft tissue structures that attach the coffin or pedal bone of the foot to the hoof wall. This inflammation is extremely painful and leads to instability. In extreme cases, it can lead to a complete separation of or rotation of the pedal bone.

Often horses experience chronic laminitis, meaning it is particularly susceptible to future cases. It can be managed but not cured, so prevention is key.

You might find interesting: learning how to manage heat and humidity in the Olympics

In order to treat horses that suffer from this condition, your vet and farrier might recommend you to firstly remove the cause. This means if the cause is over-feeding, the horse will need to be removed from the food source immediately. Also, anti-inflammatories could be considered by the veterinarian depending on the severity of the laminitis.

To prevent the condition from developing in the future, it is important to ensure the horse receives a balanced diet, restricts the access to lush pasture and receives regular hoof care from a farrier.

“Needless to say, the news is devastating. I’ve had Ramoneur for 12 years, and I was with him at the Rio Olympics. Despite being 19, he is so fit and has been so happy. And I was so excited to be in Tokyo with him and to represent Team SA at the Games here."

Seymour has been part of the equestrian 2016 Rio Olympic Games as she became the first dressage rider to represent South Africa at the Olympics. Now the pair will be recovering and on HorseTV we hope they will be able to make it to the next Olympics. 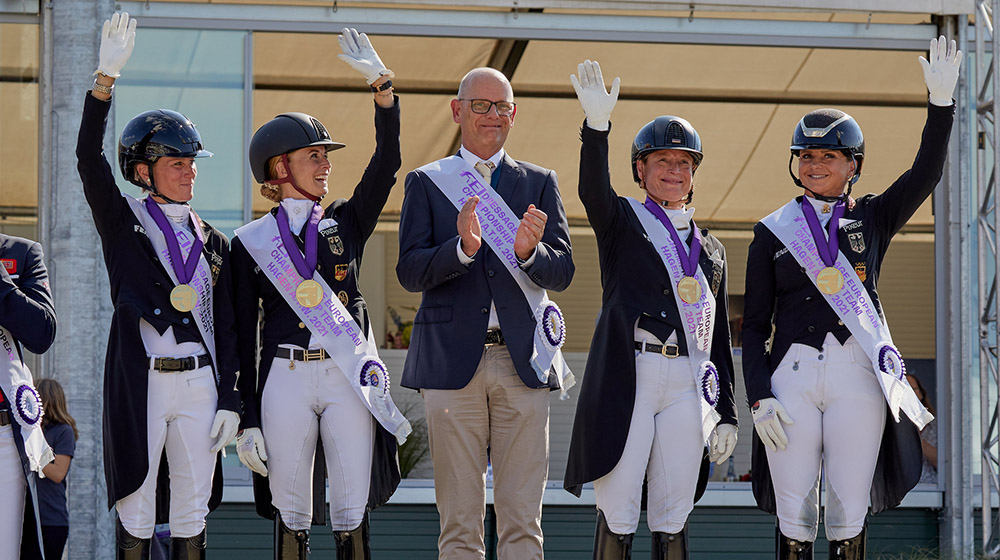