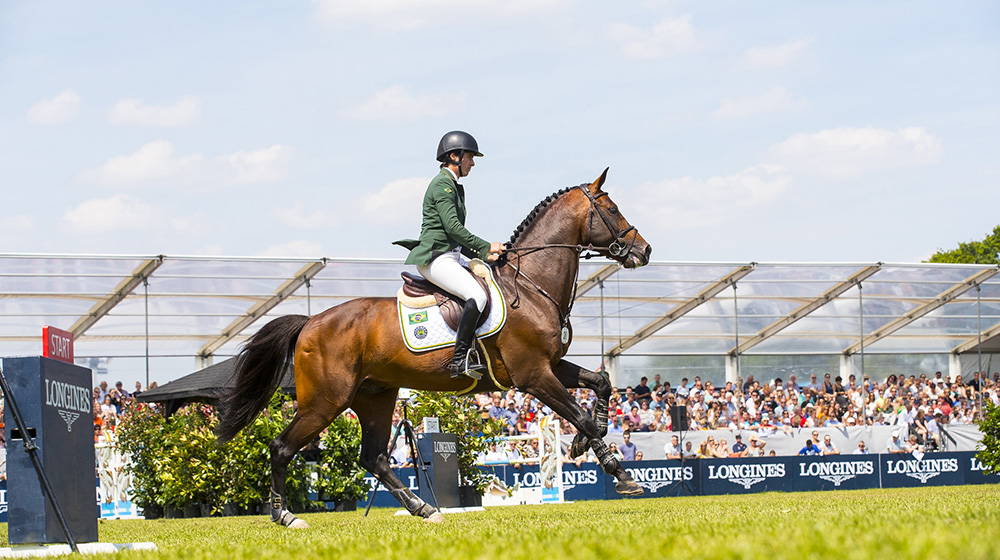 The equestrian sports calendar will soon burst into action again after the many complications of the global pandemic.

All eyes are set on St. Gallen, Switzerland, as the anticipated Longines FEI Jumping Nations Cup 2021 series is about to start. This marks the beginning of the summer’s series that will then move on to La Baule (FRA) on Friday 11th of June, then to Sopot (POL) on Sunday 20th of June and finally to Rotterdam (NED) the 2nd of July.

Moreover, it has been officially confirmed that a limited number of spectators will be permitted to attend the event at the Gründenmoos. The Europe Division 1 series will have four of the seven legs going ahead following the cancellation at Falsterbo (SWE), Hickstead (GBR) and Dublin (IRL).

Three events instead of four

Due to COVID-19 laws the 2021 Longines FEI Jumping Nations Cup Series has been updated. In the first place, every Division 1 country can compete in the same number of events. This means they will compete in three events instead of four.

Moreover, teams will consist of four athletes instead of five and there is an established maximum of 10 teams per leg. This new system allows more countries to compete before the Tokyo 2020 Olympic Games. These are set to begin in July, so Chefs d’Equipe and selectors will be watching horses and riders closely.

In St.Gallen teams that have been allocated inside the Europe Division 1 have been: Great Britain, Germany, Italy, Netherlands, Norway, Switzerland and Sweden. The countries that will be missing the 5* St Gallen competition are Belgium, France and Ireland.

The Quality of the Nations Cup

The 10-nation line-up for St Gallen confirms that there will likely be a clash between the Europe Division 1 sides and the non-Division 1 teams from Brazil, Egypt, Israel and Mexico.

With the exception of Italy, these countries will compete against each other again in the Tokyo Olympics during the first week of August. This means every competition that leads to the Olympic selection is crucial at the moment.

Moreover, champions at the Longines FEI Jumping Nations Cup Series will count with the psychological advantage of beating their rivals just before the Olympic Games. There is a lot of confidence to be gained at every leg of this summer’s series that will finish anticipatedly the 4th of July in Rotterdam.

What will we see in St. Gallen?

St. Gallen, to the south of Lake Constance is located in eastern Switzerland. Home to various architectural styles including the baroque, its tranquil atmosphere makes it the perfect destination for the Nations Cup Series.

The Swiss will be taking no chances at home as Chef d’Equipe Michel Sorg will send out the No.1 and No. 3 riders in the Longines world rankings: Steve Guerdat and Martin Fuchs along with Bryan Balsiger and Beat Mandli.

The British team has been rebuilding and has chosen Scott Brash, Harry Charles, William Funnell and Holly Smith to represent the nation in this show jumping competition. Meanwhile, Germany will send Christian Kukuk, Maurice Tebbel, Andre Thieme and Philipp Weishaupt.

However we all know there is nothing predictable about the Nations Cup Jumping.