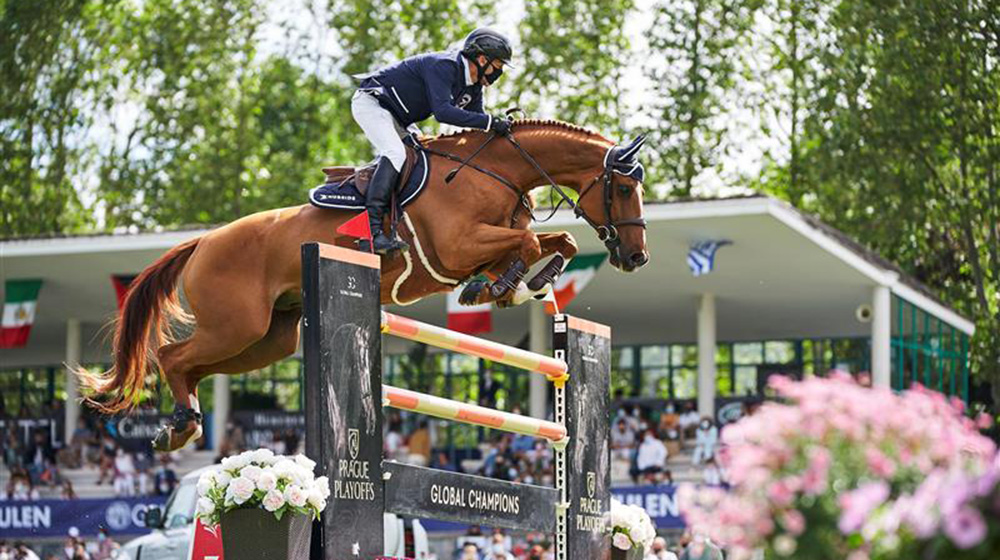 This past weekend was filled with action in the Spanish leg of the international show jumping Longines Global Champions Tour and League. The event offered fans a dazzling display of sport and entertainment for three days, and despite being sad it is now over, we are excited about the results.

Only two made it to the Grand Prix jump-off

Olivier Robert is the undefeated rider of the Longines Global Champions Tour Grand Prix of Madrid. Together with Vivaldi des Meneaux, the French rider got his first watch on the international tour. This event proved to be challenging, as only two pairs managed to finish without faults. This complicated course was designed by Santiago Varela

Olivier Robert and Vivaldi des Meneaux and the Englishman Scott Brash with Hello Jefferson were the only two pairs to make it to the jump off. Scott Brash crossed the timer 2.52 seconds behind Olivier Robert, earning the second place.

The Irishman Darragh Kenny showed off the best  time of the Grand Prix with “VDL Cartello”. This means that, despite not making it to the jump off, he got third place in the competition. This was his second bronze of the day as he was also on the podium with the Paris Panthers team in the Longines Global Champions League competition minutes before.

The most important event of the day brought an end to this new edition of the Longines Global Champions Tour in Madrid. The Brazilian rider stood out in the jump-off, surpassing obstacles with 1.50m of height and facing 39 other riders of the international scene.

Marlon Modolo Zanotelli has the 13th position in the Longines FEI Ranking and already got a second place in the Marqués de Riscal Trophy on Friday. In the King’s Cup Caser Seguros Trophy, he won with an incredible score from his mare “Obora’s Chloe”.

In second place French rider Kevin Staut stopped the clock barely 32 hundredths after Marlon. He was riding Visconti du Telman. In the third place, the pair formed by Marcus Ehning and Misanto Pret A Tout had many options to win the cup once more, however the German rider decided not to risk it in the last fence.

More results of the event

In the Longines Global Champions League Shanghai Swans won the second leg of the competition. German Christian Ahlmann and Austrian Max Kühner offered an impeccable round, doubling the success achieved in Doha.

The two riders decided to change their horses for the final at the CSI5* Eulen Trophy with obstacles up to 1.60m. The result was the same: zero points for Dominator 2000 Z and Elektric Blue P respectively. Valkenswaard United had won the first leg of the international league, however this time Marcus Ehning and Peder Fredricson left Madrid in the fifth position of the ranking.

The Spanish dominated the 1.40m Tatel Grand Prix. César Bascones and Chocco were the fastest in the competitive jump-off. In the King’s Cup Caser Seguros Trophy, Eduardo Álvarez Aznar with Legend and Santiago Núñez Riva with Valentino de Hus Z finished in seventh and tenth position.

In the CSI5* Land Rover Trophy Ellen Witaker finished first alongside Colombia de Beaufour. They jumped without faults and at a good pace through this technical course designed by Santiago Varela.

Were you able to watch the competition? On HorseTV we broadcast the highlights of the LGCT 2021 edition. Find out when we will be broadcasting next HERE.