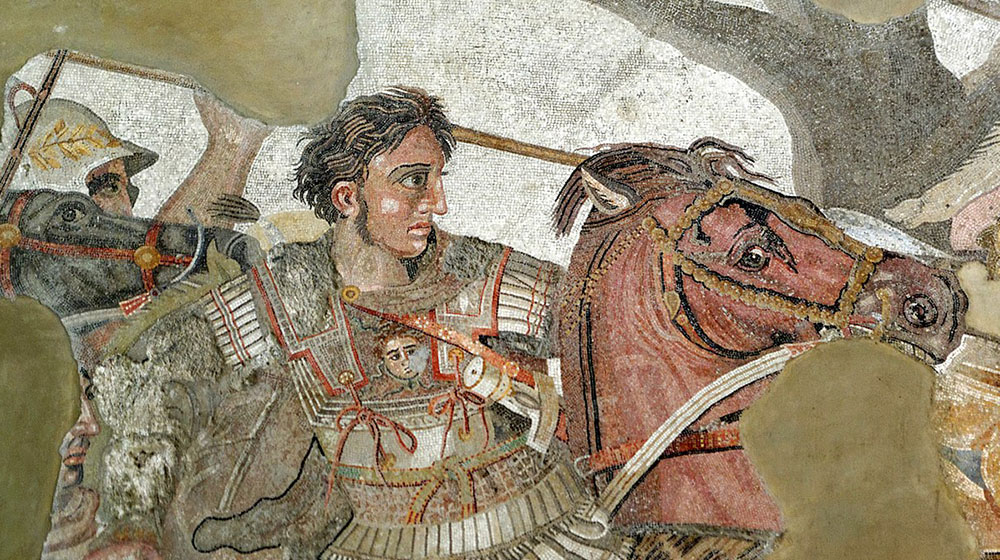 We domesticated horses around 3000 B.C, and ever since, they have become a lifetime companion for us. Wars, work, travel, sports… the equestrian world is deep in our culture. Despite loving all horses equally, we believe there are spectacular horses that deserve ovation. This article is dedicated to our top 5 selection of Famous Horses from History and whose memory still lives on today.

Bucephalus: has a city named after him

We start our journey way back in time. One of the most famous horses is definitely the steed of Alexander the Great. Bucephalus was a huge black stallion and legend goes that it was untameable.

The horse would fight when anyone came near him. However, he was finally quieted down when Alexander turned him towards the sun. This put his shadow, source of his fears, behind him.

Soon enough Bucephalus became Alexander’s favourite horse and rode him in battle. When he died in 326 B.C after the Battle of Hydaspes, Alexander founded the city of Bucephala in his honour.

A few centuries afterwards, this time in France, we have to stop by another great conqueror: Napoleon Bonaparte. His horse was Marengo, a small grey Arabian that would not carry anyone else on his back.

He followed Napoleon on his battles across Europe. However, on the Battle of Waterloo, Marengo was captured and taken to Britain. Here he was put on exhibition. He died at the age of 38 and his skeleton was reserved and stands in the Imperial War Museum in London.

However, the curiosity of Marengo is that, despite evidence of his existence, there is no mention of him in Napoleon’s stable records. This is why it is believed Marengo might have been a nickname given by Napoleon.

Seabiscuit: a movie star in the equestrian world

There have been many horse movies. However, the movie about Seabiscuit is the highest grossing movie about a horse to date. It shares a very touching story that has grasped the attention of people worldwide.

Seabiscuit was a lazy horse with very short legs for racing. He seemed to have little potential, at least until he landed in the hands of the trainer Tom Smith and jockey Red Pollard.

Through effort, Seabiscuit finally raced with a spirit that surprised spectators, and got to win the Santa Anita Handicap. He retired in 1940 and died at the young age of 14.