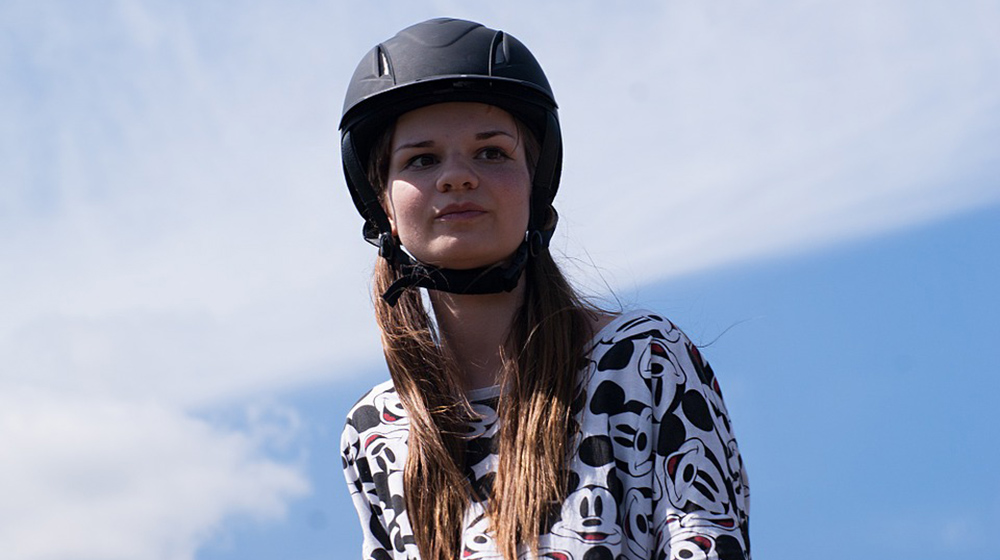 Standardized helmet tests measure their reaction when hitting a steel anvil, however most equestrians usually fall on softer surfaces.

According to a study, most riding helmets are not optimally designed for the way horseback riders fall off the horse. Helmet tests measure the reaction of the equipment when it hits a steel anvil. However, equestrians fall off on softer, less rigid surfaces.

Moreover, they tend to rotate their bodies and heads if they were on a horse in motion. Michael Gilchrist, PhD, Professor of Mechanical Engineering at the University College Dublin, Ireland, believes this can result in different forces compared to a straight drop onto an anvil.

“This is not to say that current helmets are unsafe, but the idea is to understand whether they are adequately safe, or whether there is scope to make them even safer,” -Michael Gilchrist, PhD, Professor of Mechanical Engineering at the University College Dublin

Together with other researchers, Gilchrist equipped a standard adult human head form with accelerometers and fitted it with a commercially available jockey helmet. Then, they created three different types of landing surfaces: the standard steel anvil, a turf surface made with dirt from an equestrian centre and a sand surface made from sand.

They placed these surfaces under an automated dropping system with a monorail that released the helmeted head from a hook at about the height of a rider’s head while mounting. After that, they calculated the forces and the direction of the impact, as well as the estimated effects on the brain using a validated brain trauma model.

The impact tests results found that the impacts to the steel anvil resulted in a shorter impact duration compared to turf or sand, which had significantly larger linear and rotational accelerations. This energy is transferred to the head, and this causes short-term high-magnitude accelerations.

Gilchrist explained that despite straight drop impacts to the softer surfaces caused less linear and rotational acceleration, these impacts lasted longer. This means that the head and the helmet were pushed against the surface for a greater period compared to the steel anvil. Despite lower levels of peak acceleration and force, these impact times could contribute to concussions.

If you are liking this article you might also like: Key tips to take care of your horse’s hoof

These tests looked at straight drops, but in reality, riders’ heads will likely also get rotational movement during the fall when they are in motion. This is, as Gilchrist suggests, one of the deficiencies from current helmet design. As they do not take into account rotational acceleration, they are not designed properly to guarantee the best protection to riders’ heads.

“You can imagine if a jockey falls from a horse, then the head will be subjected to both forward motion and vertical motion, so there will be a combination of linear deceleration and rotational deceleration at the time of impact against the ground. Rotational motion will effectively cause a different type of deformation in the brain tissue [...].” -Michael Gilchrist

For this reason, he calls for new helmets to be designed in a way they take into account both rotational fall as the rider hits the ground.

Currently, standardized tests have been designed to repeat in identical conditions throughout the world, however, this is more complicated when you have to add different surfaces that vary in consistency.

With this study, helmets could be made even more representative of the real kinematic conditions in the event of a fall. The study did not look at the equestrian helmets with the newer Mips system, designed for multidirectional movement and used in snow and moto sports. However, this is the next step in the investigation of this university research group:

“That is something we are planning to investigate in the next few months. However, the Mips technology is designed specifically to attenuate rotational acceleration, and, in principle, that should be more effective than conventional helmets."