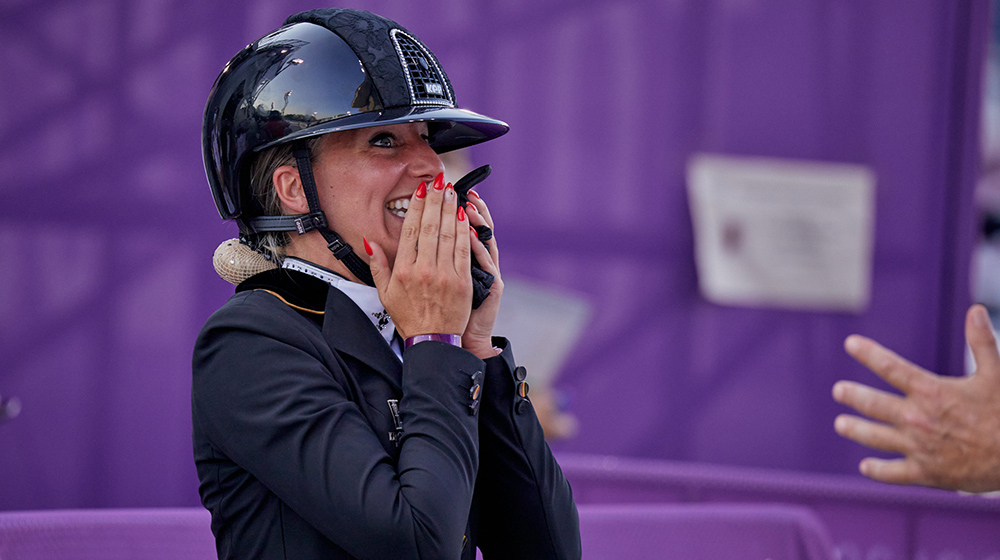 From battling cancer to the Tokyo 2020 Paralympics

In the year that lead up to Tokyo 2020, the para dressage rider Philippa Johnson-Dwyer battled cancer and underwent an open heart surgery. However, this would not be enough to stop her from representing South Africa for the fifth time in the Para equestrian events.

The rider was diagnosed with endocarditis and in the tests doctors found out she also had cancer. After undergoing the heart surgery, she underwent five weeks of radiation and chemo that took her out of riding for seven months.

Philippa Johnson-Dwyer had taken home two silvers from Athens 2004 and two golds from Beijing 2008. She scored 69,780% in the individual grade IV, securing her a spot in the freestyle event where she finished eighth.

However, considering her time spent at the hospital and that she only had a couple of months to train with her new horse Just in Time, we expect incredible things from the pair once they train a bit more in future events. According to Philippa, her horse helped her with the healing.

“The healing power of horses, you know we forget about that. You see it clearly at the Paralympics. People who are in a wheelchair, who have no way of moving. They are given freedom and they are given power.”

Louise Etzner Jakobsson: From a broken leg to a silver medal

The Paralympics have demonstrated the will power of different para dressage riders, and so it is with the story of Louise Etzner Jakobsson. The Swede competed at the Tokyo 2020 Games and delivered an outstanding performance, gaining the silver medal in the individual freestyle grade IV.

However, only two months earlier she had broken her leg after falling off her bike. At first she could not ride straight away, but she managed to get back on her horse only two weeks before Tokyo. Then in tokyo, she won the paralympic medal.

“If I decide something, I do it. My intention was to do the best I could after the circumstances from this summer. I know that all the other riders are very good, and my horse is new so I never expected the silver medal. It’s so wonderful to see my mind can do this.”

The Tokyo 2020 Paralympic Games dressage results from the five equestrian grades as well as individual and team competitions are as follow: