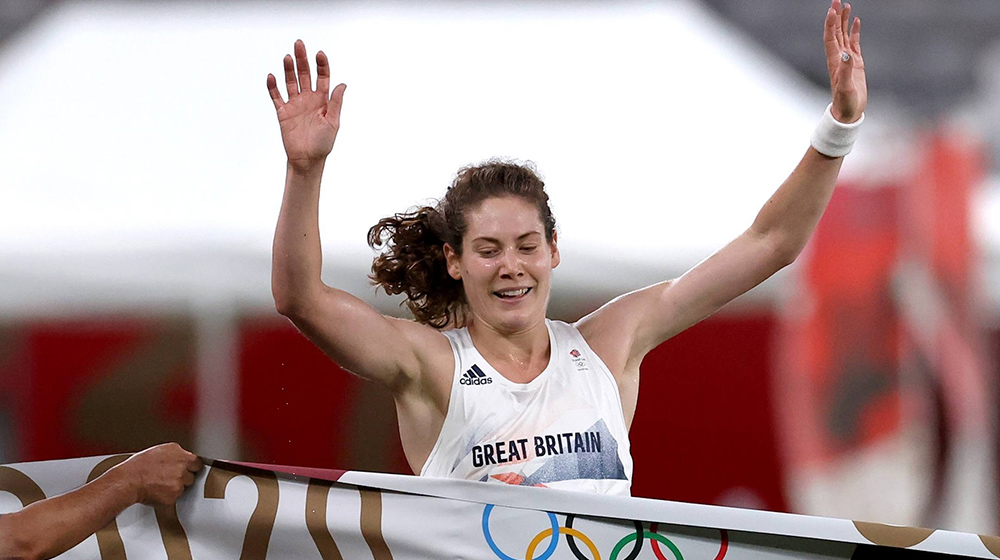 Kate French at the top of the Olympic modern pentathlon

French had finished fifth in Rio and was considered a strong medal aspirant for the Olympic gold in the Tokyo 2020 Summer Olympics as she had won the World Cup final earlier this year. She performed through the first three events brilliantly, sitting sixth after the fencing, picking up one extra point.

Moreover, she was one of the few riders to go clear in the show jumping, despite picking up a six time penalty. In this round athletes rode an unfamiliar horse that was paired with them in a draw just 20 minutes before the competition.

First time at the Olympics

All disciplines were held for the first time at the Olympics under one stadium, the Tokyo Stadium. In the 200m freestyle swimming event Kate French came in eighth, far behind Germany’s Annika Schleu who also held strong chances for the gold medal after setting an Olympic record in the fencing. However, Schleu did not get the grips with her horse Saint Boy and left the arena in tears and with no points.

The final event consisted of the running and shooting competitions. Athletes completed four legs of 800m in the laser run and four rounds of range. French pulled away and in total achieved 1385 points, earning the gold medal at the Tokyo 2020 Olympic Games.

The history behind the sport

Modern pentathlon was first championed by Baron Pierre de Coubertin, the founder of the modern Olympic Games. It is a test of all-round sporting abilities that has athletes to the tip of their toes the entire time.

According to a story, in the 19th century a young French cavalry officer was sent to deliver a message on horseback. To complete the mission, he rode, fought with a sword, shot, swam and ran. These are now the five disciplines that athletes face in modern pentathlon.

This is why Baron de Coubertin, an admirer of the pentathlon of the ancient Olympic Games, proposed a similar competition at the modern Games. He believed this sport tested ‘a man’s moral qualities as much as his physical resources and skills, producing thereby the ideal, complete athlete’.

The women’s event of the modern pentathlon was first introduced in 2000. Britain had won a medal since then until the Rio Games, but now Kate French has made up for that loss in Rio and wins gold in the Tokyo Olympics to add to Team GB’s collection.